With a subtropical desert climate, Lanzarote is characterised by a lack of rain, and the small amount of rainfall almost always occurs between the months of December and February. The sea temperature is also relatively stable throughout the year - at 18 to 20 degrees celsius, taking a dip is enjoyable all year round.

During the summer months, average temperatures in Lanzarote don't usually exceed 30 degrees and minimum temperatures rarely go below 20 degrees, making for mild summers with a comfortable level of heat.

Sometimes, especially during the summer months, the temperatures on the island can rise by several degrees due to the calima, a strong wind blowing from the east that brings desert dust from the nearby Sahara and very hot air to the Canary Islands.

The weather on Lanzarote is pleasant all year round, including the winter months. During this time of year, it may rain occasionally in some areas of the island, although generally rainfall is still low.

The coldest months in Lanzarote are January and February, when temperatures are between 13 and 22 degrees, with an average temperature of 19 degrees - so not very cold at all!

When should I visit Lanzarote?

As in the rest of the Canary Islands, Lanzarote's pleasant year-round climate is one of the main reasons visitors travel here. In December, January and February, the island receives countless tourists from all over the world in search of winter sunshine and mild temperatures.

The months from December to April, coinciding with key holidays such as Christmas, Carnaval and Easter, are considered high season and hotel prices can therefore increase considerably. It's still usually possible to find accommodation with very competitive prices when booking in advance. 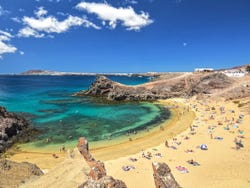 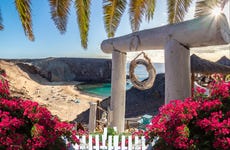 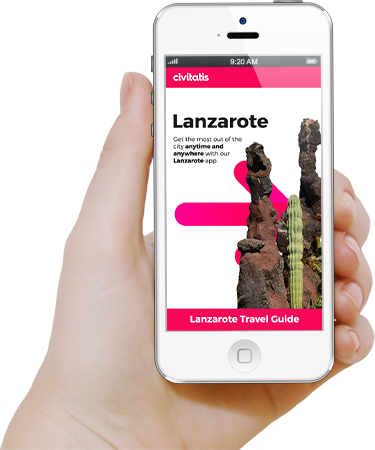